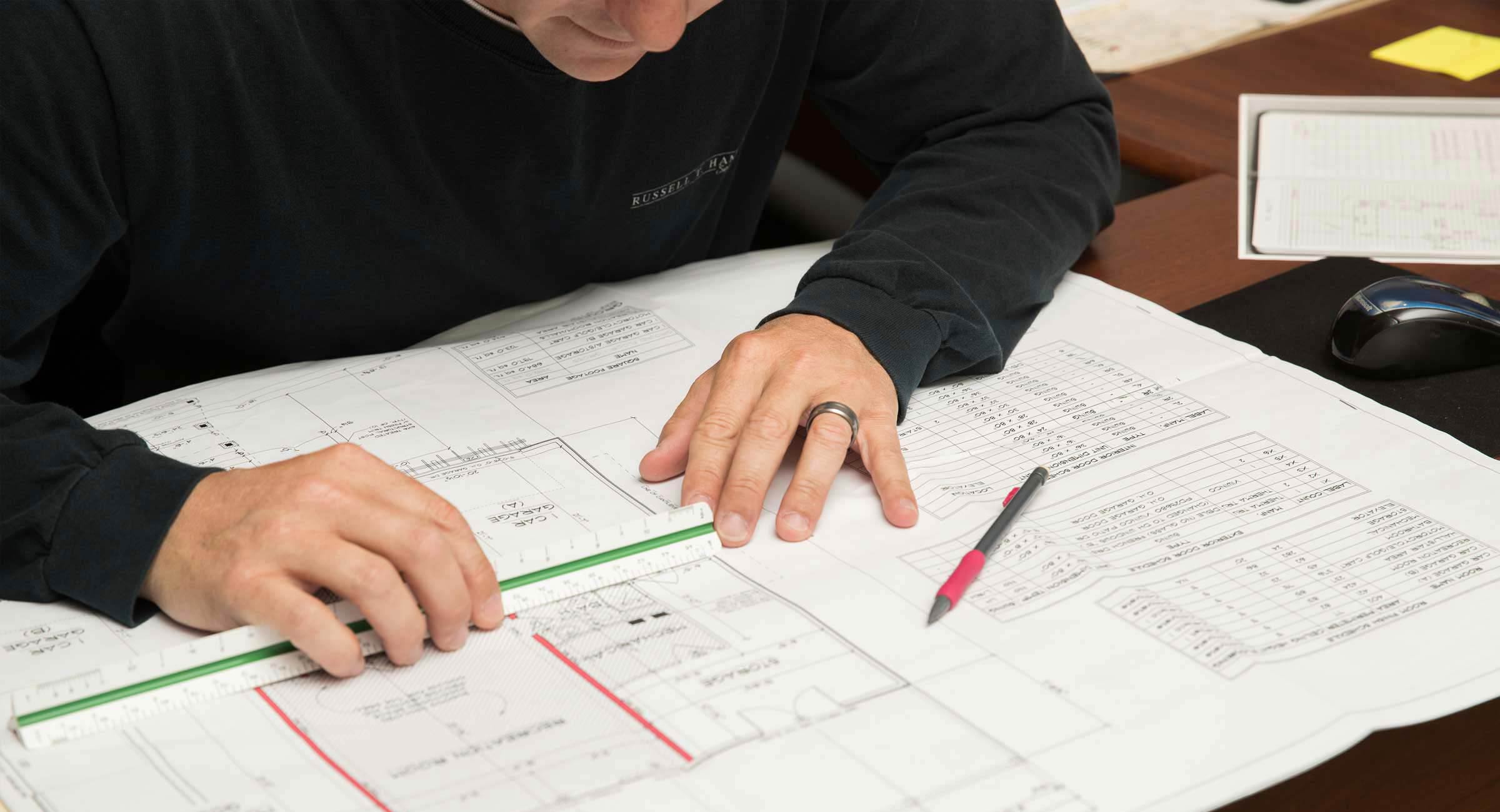 When you think of land surveying what is the first thing that comes to your mind?

It's the most unspoken yet the most needed profession that dates back centuries ago. From land to water, surveyors are needed in every aspect when creating, expanding, or even when demolition occurs. You can read below our success stories that reveal the details that often go unnoticed. Enjoy behind the scenes as we have recalled some well-known events, buildings and waterways that requested our surveying services. If you have questions or see a term you are unfamiliar with check out the frequently asked questions page and the survey definitions. 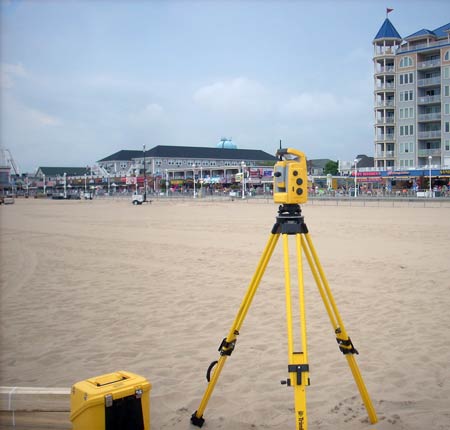 A major event came to the beaches of Ocean City, Maryland in the year 2011. The Dew Tour, for the first time, was hosted on the sandy shores of our home town. Locals and visitors alike packed the stands creating a record-breaking attendance with more than 93,000 fans reported by Chris Prybylo, Vice President of Events for Alli Sports according to the article in The Dispatch. (Admin, 2012)

The Dew Tour, a four-day event, sponsored innovative events that involved skateboarding and surfing, among other extreme sports. The beach was the perfect location for the set up and it began with our firm surveying the selected area to assist with the layout of equipment. Working together with the event construction company, we provided the field information in order for them to indicate what points were to be staked out. A total of 300-400 stakes were used in showing where each piece of equipment would be with a unique color and flagging for each structure. We worked throughout the night to avoid disrupting the crowds on the boardwalk and beaches. The Dew Tour returned to the shore in 2012, 2013, and 2014 requesting our company to assist them during each event.

Named after Ocean City's former mayor, Roland E. Powell, the Convention Center is a focal point throughout the year in Ocean City, Maryland. During summer, it is a host to several events including boat shows, food and beverage shows, as well as art and craft events. During the winter season, it's a place for competitions, performing arts, and a scenic venue for business conferences of all statures.

The Convention Center wanted to offer more space to the public and began development plans for expansion. When it was completed, the new 16,000 square foot Performing Arts Center was added that can be enjoyed today. This new expansion involved the demolition of the previous ballroom and large exhibit hall. Our surveying services were requested by the contracting company to provide stake-out. It was a challenging project as all trades were confined to the limits of the Performing Arts Center. Imagine an industrial size crane and a large excavator working overhead with you right in the middle. Meanwhile, in the Convention Center, various events were being hosted with swarms of people amidst it all. Talk about tight quarters. Our work began on the existing second floor of the building, which was to be removed, staking the divisional wall. We verified the floor heights and existing steel columns that were used as balcony support. As the second floor was removed, we began the stake out for new structural columns on the first floor. The Performing Arts Center you can enjoy today is more than meets the average eye. Achieving the unique curved wall, extended curved stage and specialty stairs at the center involved thorough measurements to stake out how it all would align perfectly together. We were involved throughout the entire layout staking out from the stage to balcony and even the lighting above needed to be staked out for proper mounting. Our firm is proud to see the Performing Arts Center flourishing and was honored to be a part of its transformation. 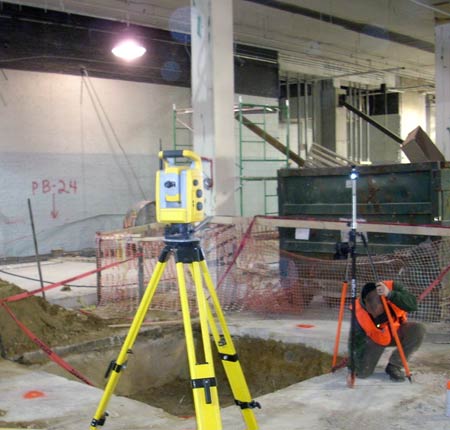 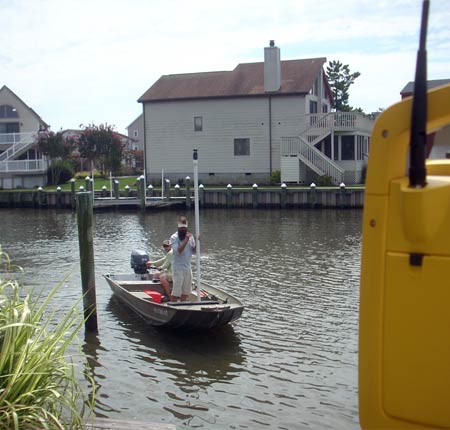 What are land surveyors doing on the water? Surveyors aren't bound to working on land only. Located on the Eastern Shore, canals and other waterways get clogged with waste from storms and need to be dredged out to keep boats from getting stuck. Before the waterways can be reopened a survey needs to occur to calculate the depth of the material to be removed. Can you fathom it? We have worked in several canals and other waterways gathering data for marine contractors. The first step is establishing the vertical datum for the project.

By using published benchmarks and our GPS, we can compute the elevations at the selected site. With the vertical datum established we begin the soundings of the bottom with our equipment, which comprises of a total station positioned on land and a prism rod carried on the boat. Typically, cross sections of the area will give an accurate picture of the bottom. Once the field data is gathered, a drawing is prepared indicating the depths and volume to be removed. After the dredging is completed our company returns to perform an As-Built ensuring the proper amount of material was removed. We also provide layouts for new construction projects, pilings, and dock and pier work. 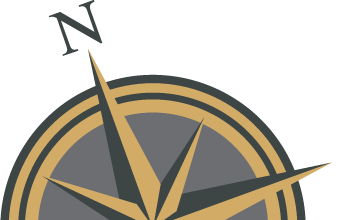